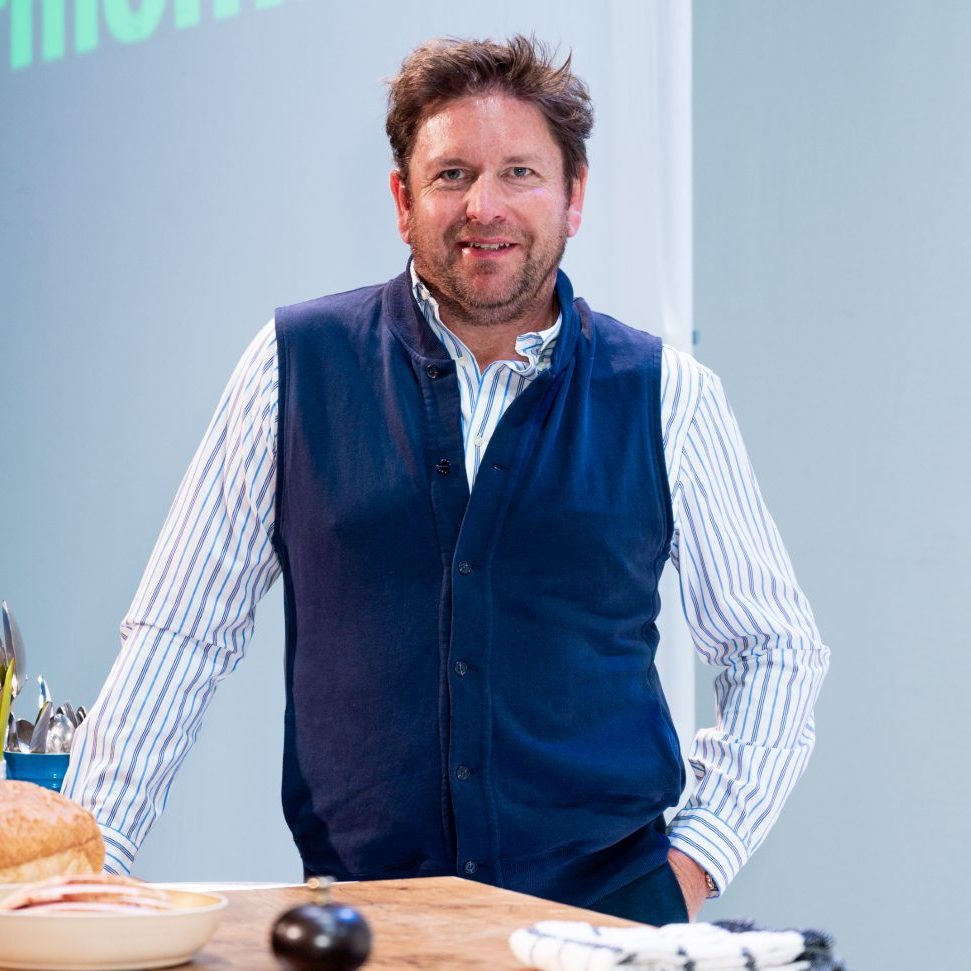 You can catch James cooking live in the Big Kitchen on Saturday 17 June at the BBC Good Food Show Summer 2023!

James Martin made a great impact with his television debut in November ‘96 and has rarely been off screen since. He presented BBC1’s hugely successful Saturday Kitchen for 10 years; regularly attracting viewers in excess of 3.5 million. He was regularly on Ready Steady Cook (BBC2), and in 2006 reached the semi-finals of Strictly Come Dancing (BBC1).

In 2008 James featured in prime time special The Real Italian Job (BBC2) where he lived his dream of racing in the exclusive Mille Miglia in Italy in a vintage sports car. With over 3.5 million viewers it cemented James’ role as a car enthusiast and expert. James had great success with his many series for UKTV, three series’ of Operation Hospital Food (BBC1), and as a judge on Junior Bake Off series 2. His most recent work includes Operation Meet the Street (BBC1) in 2014, Home Comforts, and new series The Box (BBC1) in 2015.

James is the author of 18 best-selling and award winning cookbooks, as well as his autobiography Driven (HarperCollins). Sweet was published 8th October 2015 and following on from 2015’s Home Comforts, the latest title More Home Comforts, published by Quadrille in February 2016 to accompany the BBC One series.

James’ career began at Castle Howard where his father ran the catering and James often helped out. He was Student of the Year for three years running at Scarborough Technical College, and at the tender age of 22, he opened the Hotel and Bistro du Vin in Winchester as Head Chef, where he changed the menu every day. In 2012 James opened his second restaurant inside the newly refurbished hotel, The Talbot, in Malton, North Yorkshire, where he spent all of his childhood. The restaurant was placed in the Michelin Guide in 2012 with James stepping down in January 2015 after 3 years. James Martin Manchester opened in September 2013 inside the Manchester235 Casino and was named in The Sunday Times Top 100 Restaurants 2015. His latest venture is James Martin Kitchen which opened in March 2015 at Stansted airport.

In 2013 James was honoured with ‘The Craft Guild of Chefs Special Award’ for outstanding contribution to the industry. His series Food Map of Britain won ‘Best Daytime and Early Peak programme’ by the Royal Television Society in March 2014. In 2015 he was named TV Personality of the Year at the Fortnum & Mason Awards, and Saturday Kitchen won Best Food Programme at the TV Choice Awards.

A keen journalist, James has had a weekly column in the Mail on Sunday’s Live magazine on cars and motoring, as well as food columns for BBC Good Food Magazine and Sky magazine. He makes regular appearances around the world including BBC Good Food show, Good Food & Wine Show South Africa, and Gourmet Abu Dhabi to name a few. In February and March 2016 he toured the UK with his first show ‘Plates, Mates and Automobiles’.

James’ licensing endeavours include a range of small electricals with Wahl Cookware, knives and kitchen textiles with Stellar/Horwoods, and serverware with Denby. James has also launched his own range of bread and cake mixes and hampers. He was a consultant with P&O Cruises on the restaurants and menus for their Ocean Village cruise ships for many years and in March 2015 launched cookery master classes on board the new ship ‘Britannia’. He is also consultant to Thomas Cook, creating in-flight meals for the airline, and in 2016 announced a new partnership with Asda supermarket, and became executive chef to Virgin Trains, creating menus for their East Coast services.

James is passionate about celebrating British food, using the best ingredients possible and creating simple, delicious recipes accessible to all. When not busy pursuing his love of food, James spends his time driving his collection of vintage cars and flying around the country with his pilot’s license. 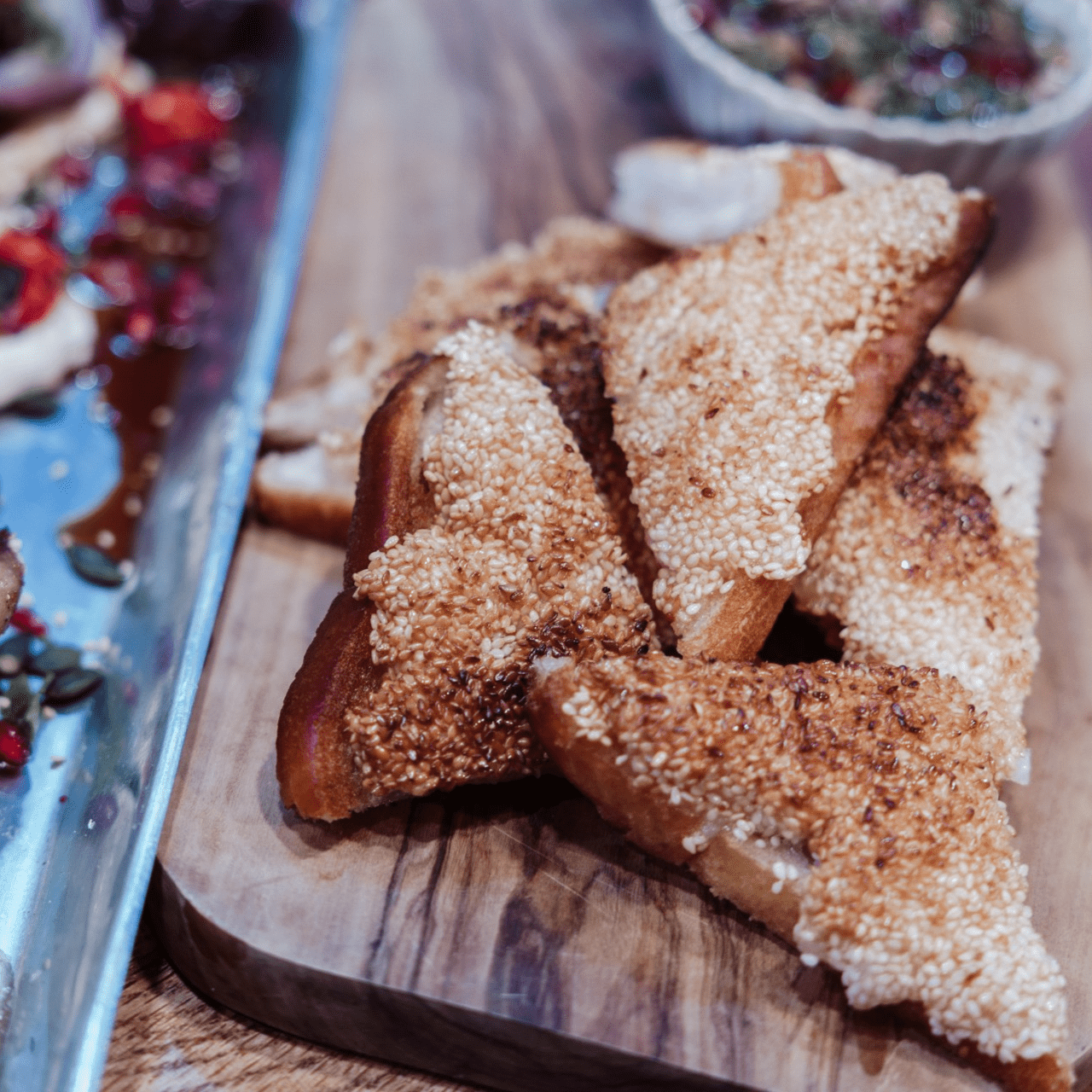