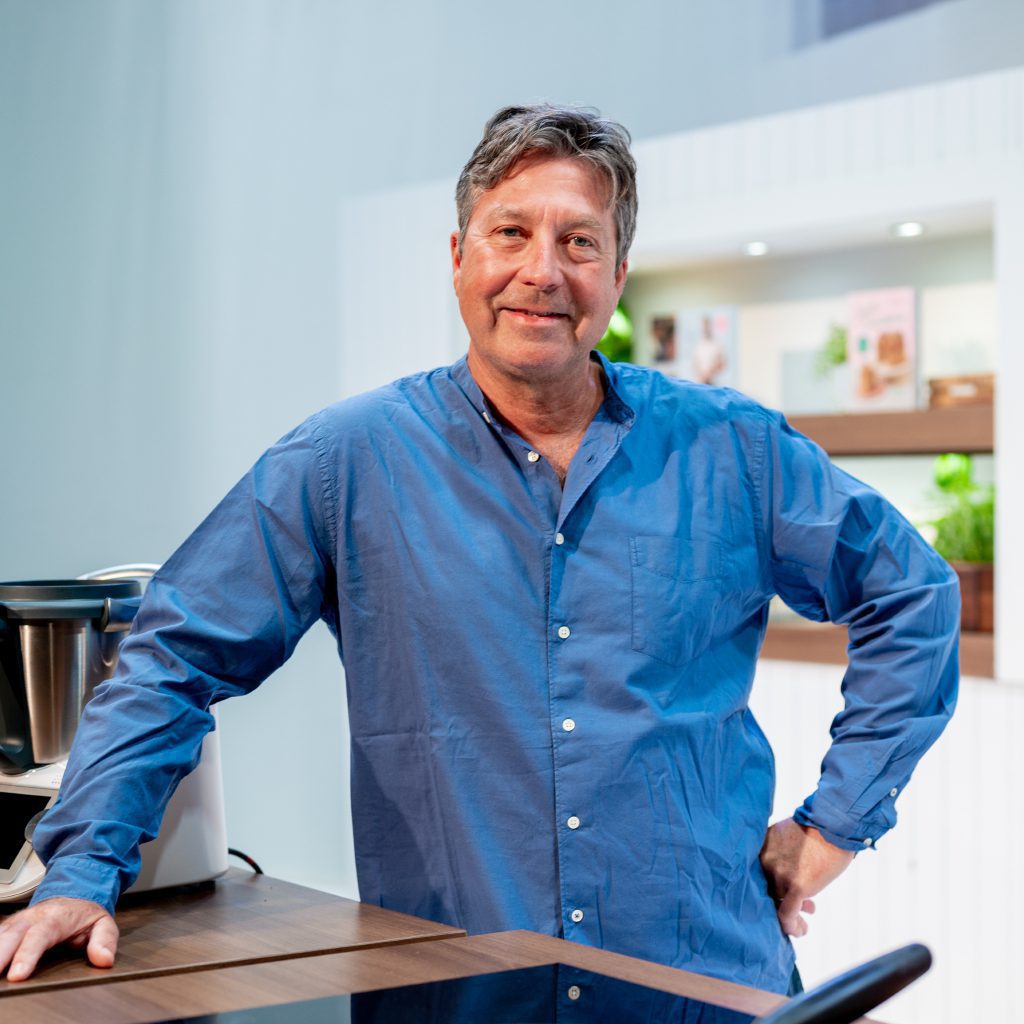 A hugely popular and influential figure on the UK culinary circuit, John Torode is best known as the straight-talking co-host and judge of BBC1’s MasterChef, Celebrity MasterChef and Junior MasterChef, as well as a guest judge on three seasons of MasterChef Australia. It is the biggest TV food brand in the world, the most searched for reality show online and it regularly tops ratings charts. John is also the presenter of A Cook Abroad: John Torode’s Argentina and The A to Z of TV Cooking for BBC2. He is also a regular guest chef on ITV’s This Morning, appearing both in studio as well as out and about on location with his cookery travel segment Torode On The Road.

John and his wife Lisa Faulkner co-host the massively successful and top six ITV most watched show over the weekends – John & Lisa’s Weekend Kitchen on ITV. Their Instagram cooks have been some of the most watched cookery segments on social media.

John went back to his roots with a culinary road trip across Australia for his UKTV series John Torode’s Australia, which was the top performing show of the year on the Good Food channel and Watch. Following on from this success, John returned with his Malaysian Adventure; a 10-part series exploring the vibrant and varied cuisine of Malaysia. Then came two brand new ten-part series for Good Food; the first tapping in to the growing popularity of Korean food in John Torode’s Korean Food Tour; followed by John Torode’s Asia, which achieved the highest viewing figures for the channel for five years.

John has continued his ten-part cookery travel series with John Torode’s Middle East and most recently, in July 2022 John Torode’s Ireland premiered on the Food Network.

His 40-plus years in the food industry and nearly three decades on TV led to John being awarded an MBE in the Queen’s Birthday Honours 2022, for outstanding services to food, broadcasting and charity. He also appeared as a guest on the BBC’s coverage of the Queen’s Platinum Jubilee celebrations in June 2022.

Australian by birth, John is credited as one of the main players in introducing Australasian food to the UK in the mid-1990s. In 1992 he joined the Conran Group, starting out at Pont de La Tour before becoming Sous Chef at Quaglino’s. In 1995, John became Head Chef for the launch of Mezzo in Soho; at the time one of Europe’s largest restaurants. He opened Smiths of Smithfield in 2000. The four-floor Grade-II listed restaurant, private dining room and café, located in the heart of Smithfield Market, was a roaring success under his leadership and became a firm fixture on both the restaurant and bar scenes during his tenure. John’s second restaurant venture was another popular multi-storey operation, The Luxe, which opened at Spitalfields Market in 2009.

John is passionate about sourcing the best of British produce, particularly within the meat industry, where he has long been a champion of rare breeds. In his quest to source the very best produce whilst at Smiths, he built strong relationships with many small farmers & butchers throughout the UK and aimed to share his knowledge through his widely distributed “Fine Meat List”. John’s third cookbook, namely John Torode’s ‘Beef’ and other bovine matters not only gives us every which way to cook with beef but also gives the history and importance of great and rare breeds, butcher’s recommended cuts and true head to tail eating. The follow-up book, John Torode’s Chicken and Other Birds needs no explanation!

John became a familiar face to TV audiences back in 1996 as the resident chef on ITV’s This Morning with Richard and Judy; a role in which he continued for four years. Since 2004 John has teamed up with Gregg Wallace, and they are the first ever duo to have guest hosted the satirical current affairs quiz show Have I Got News For You for BBC1.

He has championed British beef and Aylesbury duck in the Great British Food Revival, judged bake-offs for the Blue Peter appeal, appeared as an expert panellist on The Apprentice: You’re Fired, was a frequent guest chef and host on Saturday Kitchen and a popular guest on shows such as The One Show, Loose Women, BBC Breakfast etc as well as numerous radio programmes. He has also read Bedtime Stories on the CBeebies channel and appeared in spin-off editions of MasterChef for Comic Relief and Children in Need. John has travelled internationally to promote his books and appeared on the hit US show Today for NBC.

John’s TV programmes regularly attract a huge audience. Indeed MasterChef’s popularity has placed John & Gregg on the front cover of several magazines including the Radio Times, spawned several cookbooks to date (including MasterChef Cookbook, MasterChef At Home, MasterChef Kitchen Bible, MasterChef EveryDay & MasterChef Cookery Course). Sainsbury’s Magazine readers even voted MasterChef as the Top TV Food Show of the Decade and it has been included in the Top Ten list of the most Sky Plussed shows of the year.

A well-known food writer, John is a regular magazine contributor and has supplied numerous articles for many national newspapers.

John’s recent cookbooks include the bestselling My Kind Of Food: Recipes I Love to Cook at Home and Sydney To Seoul: Recipes From My Travels In Australia And The Far East. 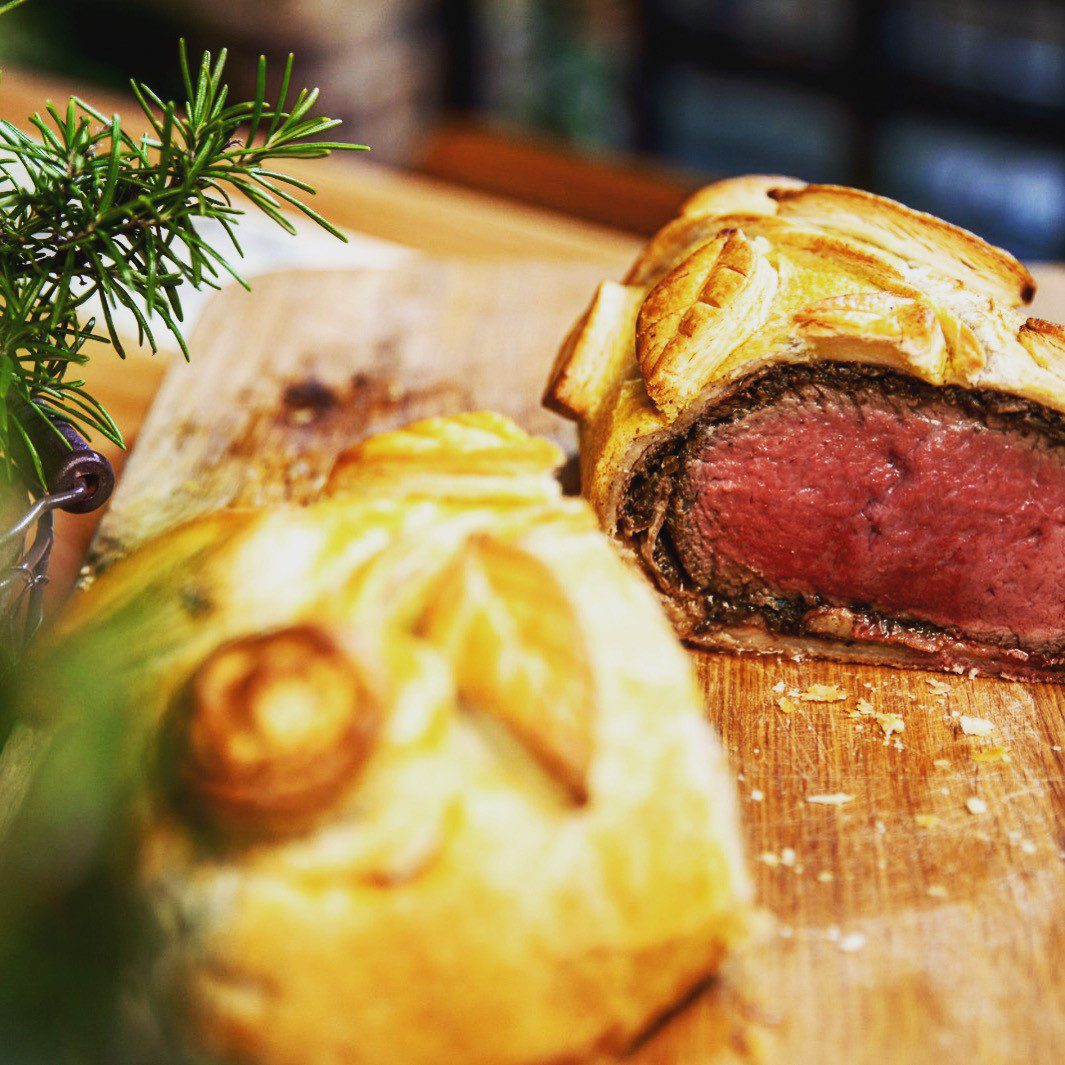 Get your tickets for summer 2023 here!