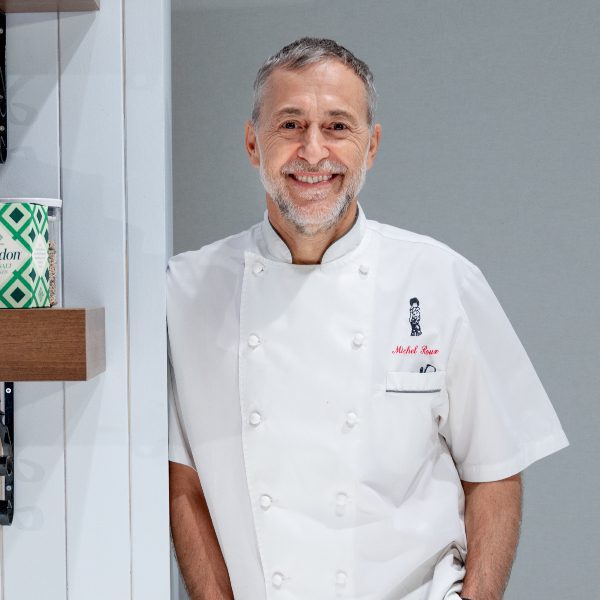 You can catch Michel cooking live in the Big Kitchen on Friday 16th June at the BBC Good Food Show Summer 2023!

Michel Roux was born in 1960 in Pembury, Kent, where his father Albert Roux worked as a private chef for the Cazalet family. His earliest food memories are the smells of the Fairlawne kitchen – pastry, sugar caramelizing and stews – where he played under the table while his father and mother Monique prepared the meals.

After deciding to follow in his father’s footsteps, he left school at 16 for the first of several challenging apprenticeships at Maître Patissier, Hellegouarche in Paris from 1976 to 1979. He was then Commis de Cuisine at Alain Chapel’s signature restaurant at Mionay near Lyon, Michel’s biggest influence. His military service was spent in the kitchens at the Elysée Palace at the time of Presidents Giscard d’Estaing and François Mitterrand. He also spent time at Boucherie Lamartine and Charcuterie Mothu in Paris, and the Gavers Restaurant in London.

After a stint at the Mandarin Hotel in Hong Kong he returned to London and worked at La Tante Claire before joining the family business. He took over running Le Gavroche in 1991, gradually changing the style of cooking to his own – classic French with a lighter, modern twist.

Michel opened Roux at Parliament Square in May 2010 with Restaurant Associates, part of the Compass Group UK and Ireland. And in November 2010, he opened Roux at The Landau at London’s prestigious luxury hotel, The Langham.

Michel was a judge and presenter on the BBC’s popular prime time show, MasterChef: The Professionals, and has been a presenter on all three series of ‘Great British Food Revival.’ Michel also recently fronted the highly anticipated return of BBC2’s ‘Food and Drink,’ and presented a documentary on Escoffier, whose revolutionary approach to fine cuisine has inspired Michel and many others.

He is involved with the Roux Experience courses at the ‘Cactus Kitchens’ cookery school, with the Executive producer of Saturday Kitchen, Amanda Ross. Cactus Kitchens offers people the opportunity to learn to cook within small intimate groups from some of the UK’s finest chefs, on site above the Saturday Kitchen studios.

Michel is a keen sportsman and he ran his nineteenth marathon in 2013, to raise funds for VICTA, a charity supporting visually impaired children. He is also an honorary member of the Harlequins rugby club. 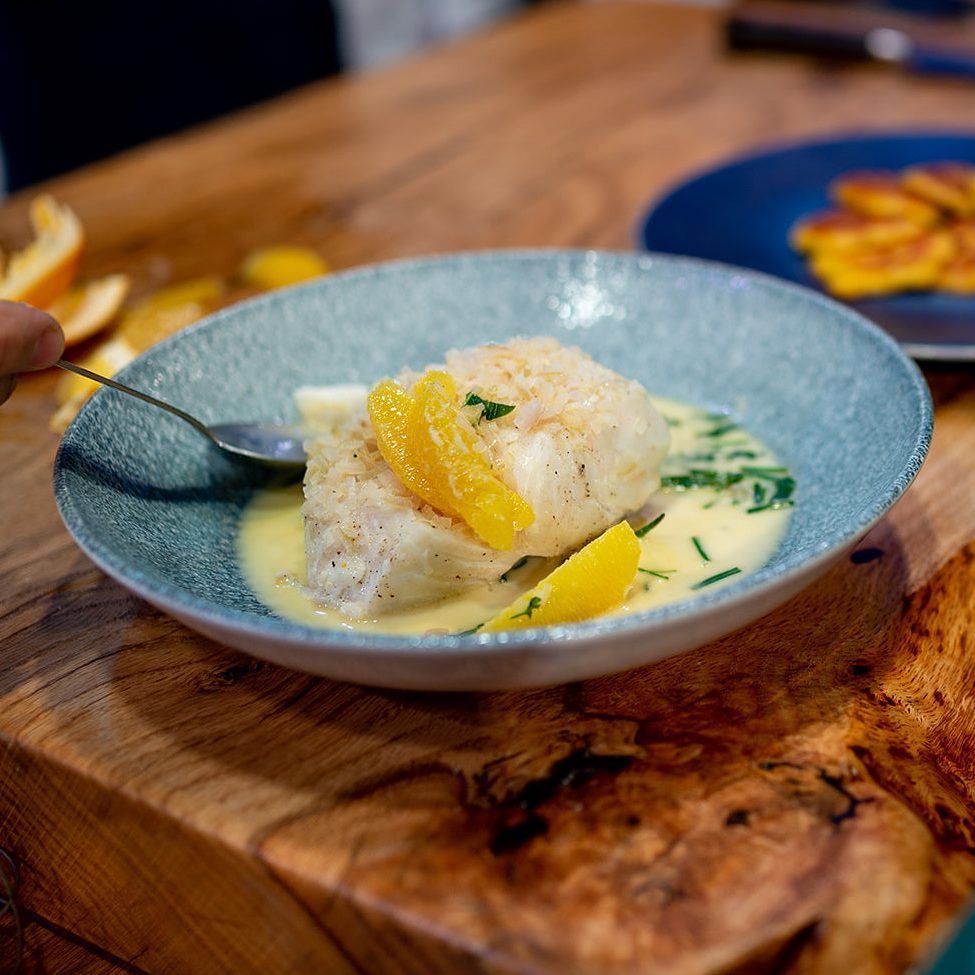